As a leader in Practice management softwareopen in new window, we often get questions like

This blog post attempts to answer these questions and explain the technology used in Jamku. We also hope that sharing our technology stack will help the Practice Management Software industry as a whole become more mature.

Detailed explanation below the image. Click on image to view full screen & zoom in. 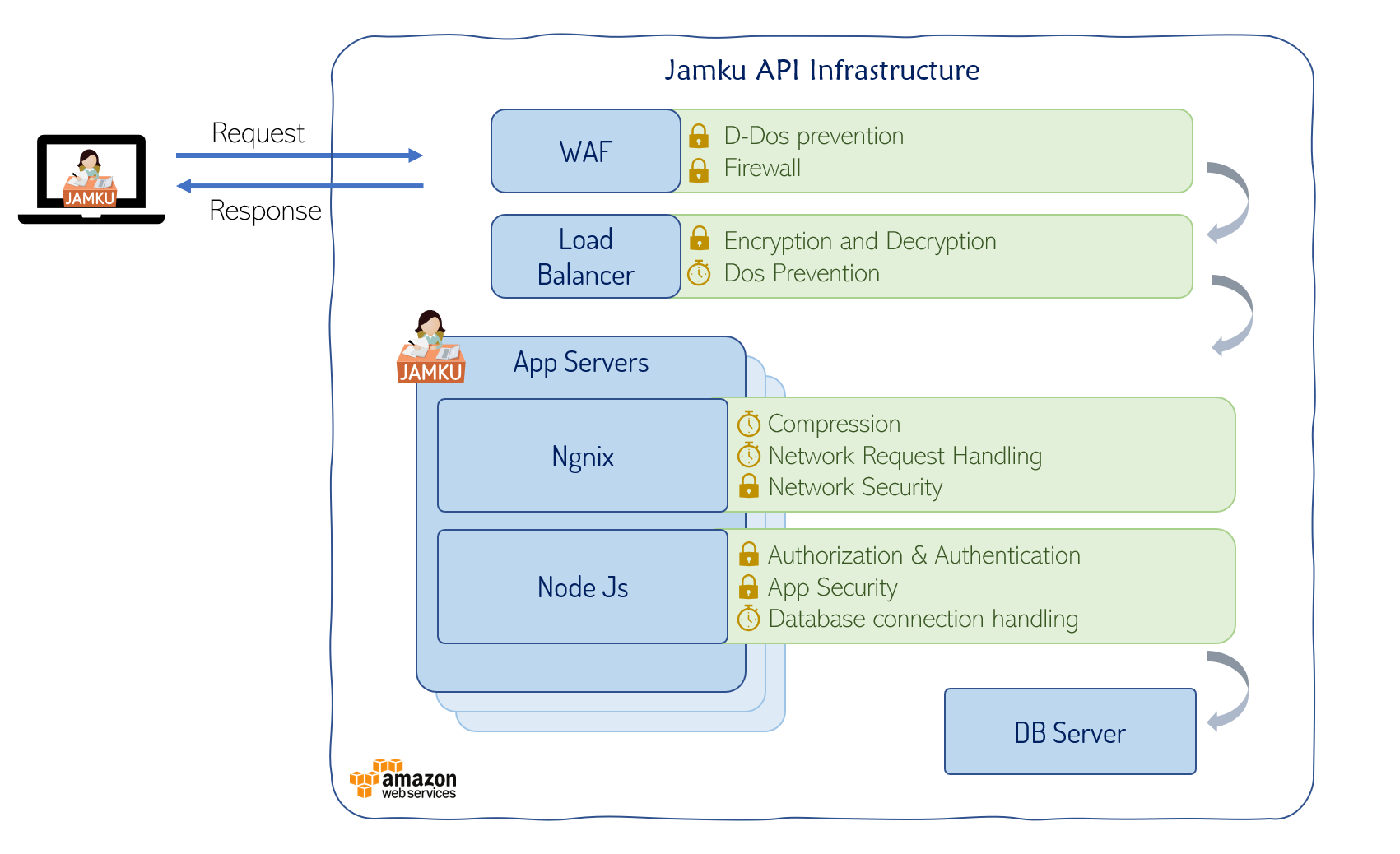 We use AWS for end to end API hosting.

Whenever a request is received, it first reaches WAF (Web Application Firewall). WAF is responsible for:

If the request is not blocked by WAF, it reaches load balancer. Load balancer is a separate system with it's own CPU power and RAM. It is responsible for:

Having a dedicated system for handling Encryption and Decryption gives performance benefits. It offloads CPU intensive workloads from the app server. The load balancer is capable of handling rapid changes in network traffic patterns.

The app server is divided into 2 components - NGNIX & Node JS

NGINX is an HTTP and reverse proxy server. It is responsible for

To speed up network time, we server all the data in compressed form using Gzip. Example: If say 100Kb of data is required to be sent from server to browser, it will be compressed to just 11Kb. Having a separate layer to handle CPU intensive workload such as data compression and decompression improves performance.

Node JS is the "Brain" 🧠 of the API. All the business logic and code resides here. It is responsible for

Detailed explanation below the image 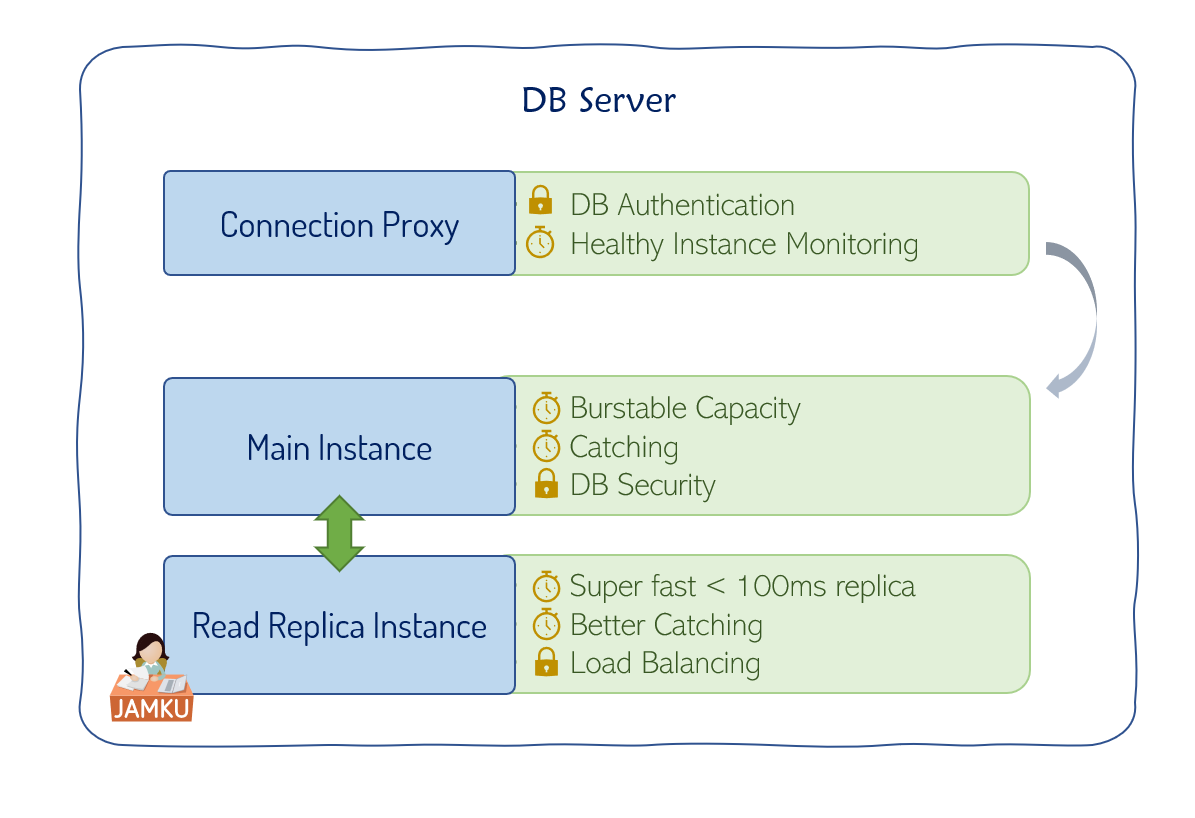 As the software usage grows, it is essential that we track the speed of the software for end users and also usage patters to improve the features.

There some practice management software which use screen recording based analytical tool. We consider it to be invasion of privacy and breach of confidential data. We at Jamku only use tools which respects privacy.